The stakes and waters are rough in the Chinese dating world, especially when your Chinese girlfriend is a feminist. It can be challenging to date a feminist woman because you sometimes can’t seem to say anything right.

Well, that’s probably true to any situation where you might have spurred out misogynistic or xenophobic comments about women or their culture. Somehow, you realize that there is a fine line between overly caring (men’s love language) and smothering (feminist women despise). And, sometimes, it just seems so hard to tread between these two delicate lines.

If that perfectly describes the situation you’re in, we are here to help! Let’s talk about some racist or chauvinistic comments you’re unaware are insensitive. Then, let’s discuss the essential things to do or say to please your Chinese girlfriend. Eventually, all these will help paint you as the best boyfriend!

Tips to Win a Feminist’s Heart

1. Learn about feminism and racism

Most feminists care about recent issues in the world concerning women, social justice, and equality—and your feminist girlfriend might expect you to do the same. Hence, be equipped with knowledge about what’s going on in the world. It might also be helpful to read books about feminism.

As a feminist’s boyfriend, they’d want to be able to discuss these issues with you. They’d like to trade insight and understand your stand about it—which they could use as their metric of how you’ll treat them. And, the only way for a positive conversation to transpire is if you’re as knowledgeable and sensitive about a specific topic as your Chinese girlfriend is.

A free and easy flow of communication where a woman can openly express her thoughts is vital when dating a feminist Chinese girlfriend. Feminists hate it when you dismiss their opinion as to if it doesn’t matter.

As a feminist’s boyfriend, engage in healthy debates and discussions with them. Keep calm and let her voice her thoughts even when you don’t share the same sentiment about a specific subject.

3. Stop comparing them with your previous Asian or Chinese girlfriends

Whether you’re talking about your previous Asian or Chinese girlfriends to make her jealous or prove you’re not racist, stop!

Conversing about your previous relationships or the lessons they brought to you is a healthy and essential part of your romantic connection. However, when it becomes specifically racialized, it seems like you’re conflating both “Chinese girlfriends” into one person.

You should never treat your previous girlfriend’s race as an outstanding qualification of your openness to date women of color. Often, when you do that, your feminist Chinese girlfriend might think you’re treating your romantic partners as a cultural tour guide.

Be sensitive when sharing your past connection with Asian or Chinese girlfriends. Don’t act as if you’re already a cultural expert just by dating someone from China or as if that already qualifies you to date another of the same race.

Instead of bringing up topics about your previous Asian or Chinese girlfriends, talk about the fundamental values you share. You can also discuss where you want your relationship to go or your plans for the future.

Steer clear from the notion that your Chinese girlfriend will appreciate you bringing up out-of-the-topic subjects as a response to their racial identity. There are ways to be respectful, sensitive, and knowledgeable of cultures outside your own without being patronizing.

Hence, it might be off-putting to blurt your trip to Thailand or on your ‘expertise’ in using chopsticks with your Chinese girlfriend—it might even annoy them.

If you happen to travel extensively, love to read about different places, or try new things, that’s awesome. Those are super interesting things and are great ways to find points of connection with another person. But, these things should come out flawlessly of the conversation, rather than forcefully inserted.

When dating your feminist Chinese girlfriend, don’t pressure them to do something they don’t want. Don’t decide for the both of you or impose your beliefs on them. While your feelings are valid, their choices are also important.

For example, it isn’t mandatory for a guy to always pay the bill—at least not for your feminist girlfriend. They cringe at the idea of someone else buying them dinner as it might also mean they’re being bought.

This whole notion is also the most common reason why feminists don’t marry a guy for his money. They don’t want to be treated like prized porcelain dolls—makes a guy famous among his friends but easily breakable.

Rather than imposing your choice on your feminist Chinese girlfriend or boxing her into cultural norms, let her decide for herself. Give her ample space to do things she loves, and let her pay the bill—or split it! They’d also fall madly in love with you if you encourage them to become financially independent.

6. Love them as they are

There is a famous line in the classic TV show Friends that goes, ”Imagine the worst things you think about yourself. Now, how would you feel if the one person that you trusted the most in the world not only thinks them too, but actually uses them as reasons not to be with you?”

This line makes sense, especially if you’re the type to change a person. True, your intentions are good, but it might hurt your relationship in the long run—it will annoy your feminist girlfriend! Embrace your girl’s imperfections and be a beacon of positivity in her life while you do.

Boxing your feminist Chinese girlfriend into a closed space is the easiest way to lose them. Feminists are loud for a reason.

For the most part, feminists are expressive about their feelings because they want to stop lurking on the side, waiting for someone to notice their stories. And, as a feminist’s boyfriend, it’s your job to make them feel heard and understood.

Now, since it’s Women’s Day, go buy your girl something cool like a book about feminism or donate to a cause—like the Loveland Foundation—in their name. You can also offer your time and go to the Women’s March with them. 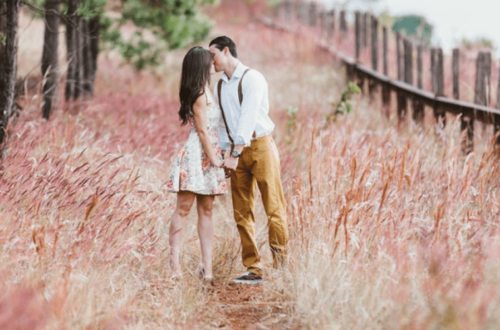 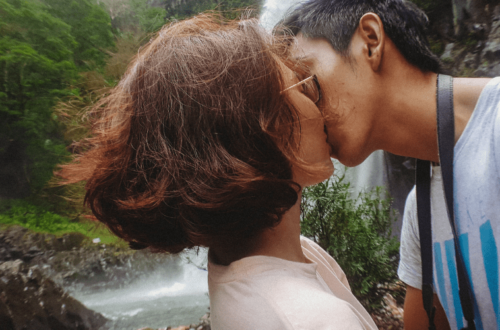 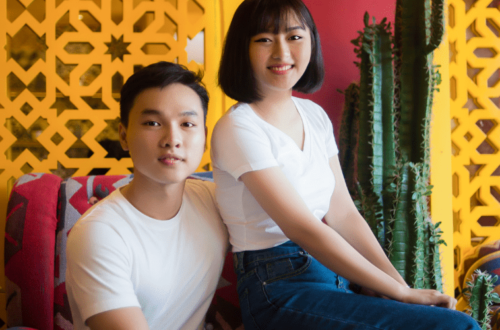 A Basic Guide on How To Get A Chinese Girlfriend