Are you searching for ways to succeed in expat dating in Shanghai? Here’s a complete guide put together by the TrulyChinese Team you can use to amp up your dating game.

The global city of Shanghai is considered one of the largest worldwide. It holds the highest number of residents among Chinese cities, and the population is becoming very diverse.

According to surveys, the number of migrants in the past ten years has tripled. Presently, there about 39% of the city’s estimated population of 27 million are migrants. The number of expats in Shanghai has been increasing. Research shows resident foreigners from Korea, Singapore, UK, France, and many other countries moved to Shanghai for education, work, private business, etc.

The latest studies also show an increase of foreigners with residence permits residing in Shanghai. A recent publication by Statistica revealed about 21,600 foreigners with residential visas settled in Shangai to study. The demographical data also indicate cultural and work opportunities as the top motivations of relocation for foreigners and local Chinese alike.

This movement has and continues to significantly influence the social changes that are taking place in Shanghai. Statistics demonstrate stable figures of Chinese-Foreign marriages from 1990 to 2017. Expat dating in Shanghai is now embedded in the scene.

Dating in Shanghai for expats

People in Shanghai share the same value-system as the world.

The dating culture in Shanghai might be distinct. Like the rest of the world, Shanghai locals and expats observe universal virtues such as cleanliness, respect, integrity, honor, and the like.

It is certainly not perfect, and expat dating in Shanghai is occasionally linked with discrimination and exclusion. Nevertheless, it remains worthy and remarkable.

Expat dating in Shanghai is generally light and easy.

Everything moves smoothly in this metropolis, including expat dating in Shanghai. The persistent, prosperous, progressive young singles in Shanghai know what they want and are straightforward when dating. Particularly for expats from a completely different culture who wait to see if a relationship is possible after meeting, it is refreshing to socialize without the worry and the endless wondering if your date is as into you as you are with him/her. In Shanghai, the “Yes” and “No” come very clear at the earliest stages of relationships. Relationships in Shanghai are well-defined and honest.

What expats should know about the Shanghai dating culture

China as a whole, with its megacities like Beijing, Shanghai has been making progress in pushing for gender equality. Along with this shift is the rising trend of women assuming men’s traditional roles when dating. Some expats might get startled by this behavior, especially when Asians are preconceived to be very conservative. Still, it is now widely accepted that women ask men out or split the bill with the men at dinner dates.

However, singles in Shanghai still place great value on chivalry and polite behavior from men, so unless requested by women, men should be the ones to ask for dates, book the restaurants and pay for the meals.

There is still a considerable number of Chinese singles that do not date foreigners.

The traditionalist Chinese families would usually require their youngsters to marry those of the same descent to preserve their customs. Consequently, there will be a portion of singles in the dating pool who will only mingle with Chinese men/women.

On the other side, there are contrasting Chinese singles in Shanghai who only date foreigners and do not see ethnicity as a factor when dating. This healthy balance is how expat dating in Shanghai has flourished.

The language barrier is one of the most significant constraints in expat dating in Shanghai.

Some consider Mandarin to be the most challenging language to learn. Although expats in Shanghai can manage using English, it is essential to know some Mandarin for better communication.

Expat dating in Shanghai is different for men and women.

There is a significant gender imbalance in China’s population. Due to the one-child policy and the Chinese people’s inclination for sons rather than daughters, the country now has 34 million men more than women. There is substantial competition among men. Single women in Shanghai have a lot of options, so they naturally set high standards.

So how do you maneuver the Shanghai dating scene?

Surprisingly, expat men are getting it easy compared to foreign women.

Chinese men are less aggressive than foreign men, so this gives expat men an advantage. On top of that, many liberal women in Shanghai find foreign men more masculine in physical built, so they prefer them over Chinese men. Overall, male expats in Shanghai are doing well.

Expat women, on the other hand, even with the sheer number of males in Shanghai, are finding it more challenging. The conservative ways of the Chinese often require women to assert more for effort.

Tips for a successful dating journey in Shanghai

Whether it is traditional or online dating, you must exhibit the essential values to attract decent singles in Shanghai.

Be respectful. Speak politely and move with tact.

Remember to stay genuine and honest. Let the gentleman be obliging and let the lady be a maverick. Be yourself and encourage your date to be the same.

Dating in Shanghai, specifically those who have lived in the city for a substantial amount of time, know that the dating scene comprises mini pools of singles with specific preferences.

Like them, you will learn fast that men and women in Shanghai have presumptions about expats. They recognize that expats, especially those from the West, have distinct qualities different from the Chinese. Liberalness, indulgence, and the general laissez-faire attitude are examples of these qualities that may attract or repel them from dating expats in Shanghai. Note that they (with the exception of a few) come from a good place. It is not their intention to discriminate or offend. It is just a matter of taste.

You need to accept or at least be aware of this reality. It will prevent you from being overwhelmed or discouraged. It is what it is, and fighting it will just make dating unnecessarily tricky. You must instead learn how to go with the flow. Get yourself out there and be open to experience. Be happy if you find a date. Allow yourself to be sad if you didn’t. And then move on. Keep going.

Connect with dating expats in Shanghai and be in their social circles. Join expat hangout sessions so you get valuable lessons and insights about expat dating in Shanghai. Learn from second-hand experience.

You will need a community that will support you through your dating journey in Shanghai. You can start your dating adventure by opting to live in expat-friendly places that are also conveniently close to social points. For example, Downtown Puxi is known to be where young, single expats in Shanghai reside. At the same time, it is near bars, restaurants, cafes, and other gathering places.

If you are new, expat dating in Shanghai can be confining. Your social network will seem like it isn’t growing. No, don’t start to wonder why you are alone in a sea of millions. If you ever find yourself in this situation, it just means that you will have to cast a wider net.

Note go-to places of dating expats in Shanghai and determine whether what these locations are best for. Are they for meeting new people? Are they probably chilling with fellow migrants? Or maybe they are meeting with people who share a hobby? These self-selected groups restrict you from widening your reach. Explore outside of your bubble. Do not be afraid to make friends everywhere.

Online, Tinder isn’t the only dating platform. Check out the best way to meet Chinese singles — TrulyChinese and other popular dating apps and sites in China.

You will need to study some Mandarin. Your efforts won’t go to waste because the Chinese locals are aware of how difficult it is for non-native speakers to learn their complex language. Practicing a few important Mandarin words and phrases will help you in your day-to-day life and dating. It is also one way to impress. You will immediately be ahead of the competition if you know Mandarin.

6. It’s Okay to be Rejected

It is natural to be afraid of rejection. However,  nothing is going to happen if you don’t do anything. Everything in life comes with risks, including dating.

Regardless of the behavior of the dating pool at certain times, you must remain lively and active. The trends change, and if you keep at it, you are bound to be successful.

Shanghai is a great place to be for expats. Its full-scale dating culture, innumerable dating sights, and immensely diverse people are the adventures you have been looking for. Who knows, you might even find “The One” in one of the tourist attractions in Shanghai. 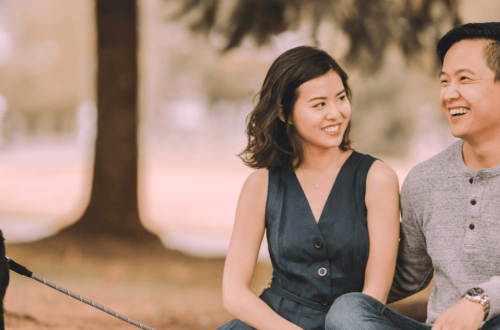 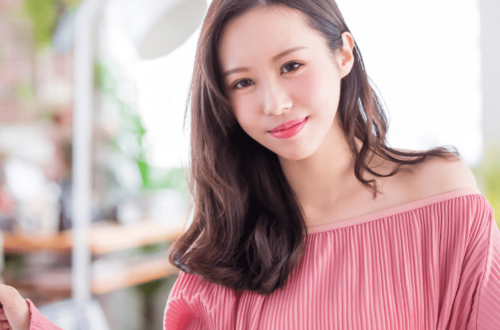 How to Meet Chinese Singles in Shanghai